For example, if you specify the .NET SDK docker image in your Dockerfile:

Then on Windows, if you're using Windows containers, it will pull the appropriate Windows Nano Server container. This could be version 1809, 2004, or 20H2, depending on your host OS version.

On a Linux system, this would pull the x64, arm64, or arm32 image, depending on your host architecture!

While working on the CI for the Datadog Tracer, I wanted to use dadarek/docker-wait-for-dependencies to ensure docker-compose has started all the dependency containers before we run our integration tests.

The problem was that the dadarek/docker-wait-for-dependencies docker image doesn't support ARM64, so we were getting failures in CI when trying to run the image on Linux

In general, you can't run docker images that target a different processor architecture than your hose system. However, you can run Linux architectures like ARM64 on Windows using Docker Desktop. Docker Desktop uses the qemu-static emulator to make this cross-architecture emulation completely seamless!

As the repository and Dockerfile for dadarek/docker-wait-for-dependencies are open source, I decided to rebuild the dockerfile as a multi-arch file that supports ARM64. Luckily, this is very easy to do with Docker's new buildx command,

In this section I describe the steps I took, based on the documentation about the buildx command.

We start by cloning the docker-wait-for-dependencies repository:

You can see what platforms are supported by buildx by running docker buildx ls: 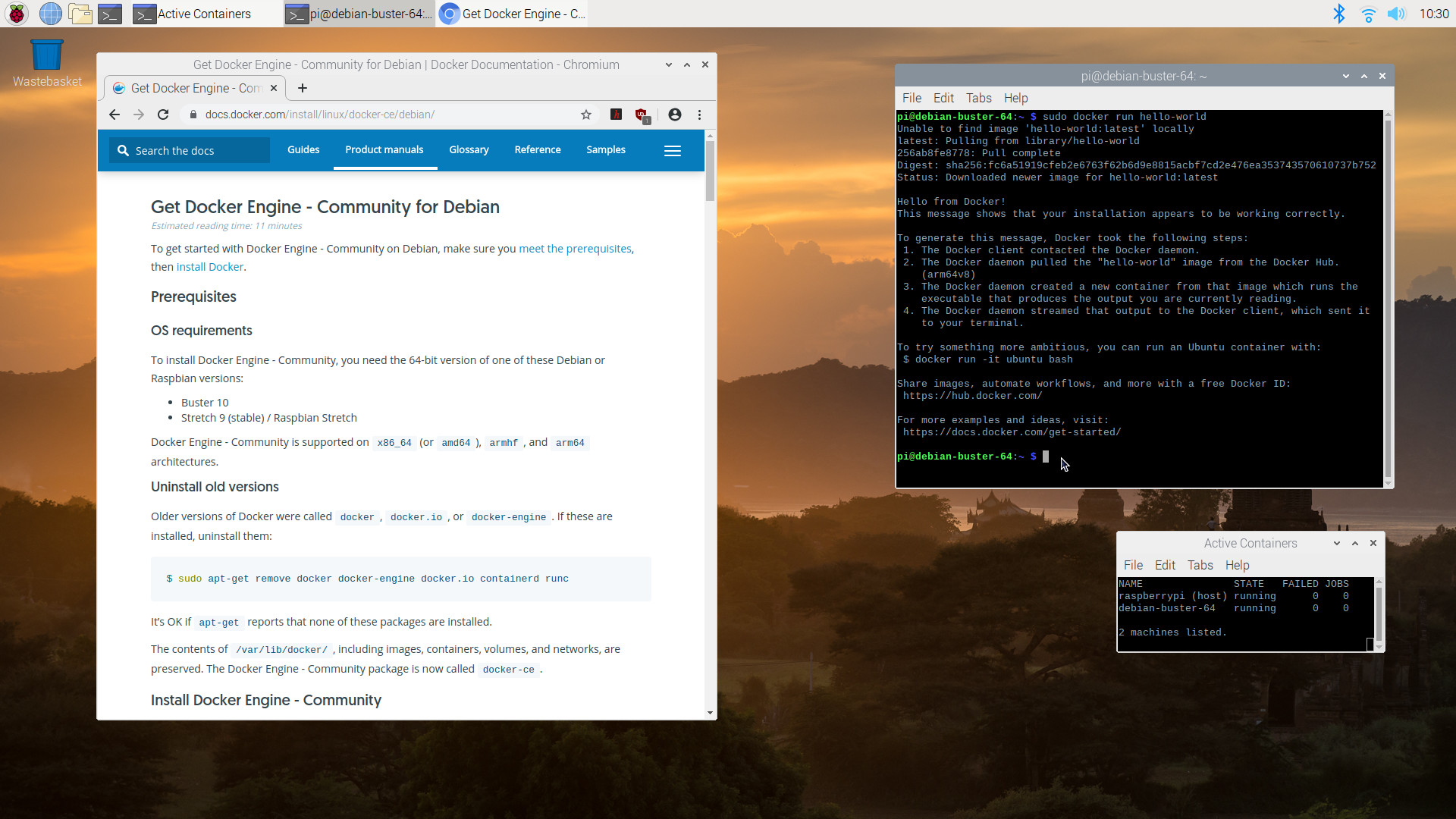 This lists the supported platforms you can build from. In my case, this includes the following platforms:

We start by creating a new builder that supports the multi-arch platforms, calling it mybuilder. Specifying --use sets this as the current builder:

Building a multi-arch image is as simple as using docker buildx build and passing the desired platforms using --platform as a comma separated list:

Using the following command, I built the docker image for multiple architectures, tagged it as andrewlock/wait-for-dependencies:latest, and pushed to docker hub:

If you don't want to push directly to a container registry, you can use --load to test it locally, but you can't test with multiple platforms yet unfortunately:

And that's it! If you view the image on Docker hub you can see that the image supports multiple architectures under the OS/ARCH column:

With that change, we could now run the docker image on ARM64 processors!

When running an image with multi-architecture support, docker automaticallyselects the image variant that matches your OS and architecture. 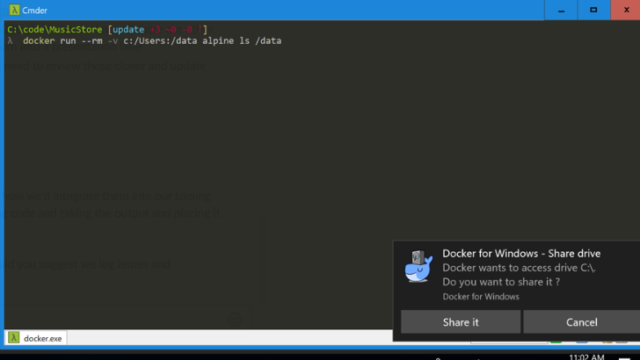 This does not require any special configuration in the container itself as it usesqemu-staticfrom the Docker for Mac VM. Because of this, you can run an ARM container,like the arm32v7 or ppc64le variants of the busybox image.

Docker is now making it easier than ever to develop containers on, and for Armservers and devices. Using the standard Docker tooling and processes, you canstart to build, push, pull, and run images seamlessly on different computearchitectures. In most cases, you don’t have to make any changes to Dockerfilesor source code to start building for Arm.

Docker introduces a new CLI command called buildx. You can use the buildxcommand on Docker Desktop for Mac and Windows to build multi-arch images, linkthem together with a manifest file, and push them all to a registry using asingle command. With the included emulation, you can transparently build morethan just native images. Buildx accomplishes this by adding new builderinstances based on BuildKit, and leveraging Docker Desktop’s technology stackto run non-native binaries.

Run the docker buildx ls command to list the existing builders. This displaysthe default builder, which is our old builder.

Create a new builder which gives access to the new multi-architecture features.

Alternatively, run docker buildx create --name mybuilder --use to create a newbuilder and switch to it using a single command.

Switch to the new builder and inspect it.

Test the workflow to ensure you can build, push, and run multi-architectureimages. Create a simple example Dockerfile, build a couple of image variants,and push them to Docker Hub.

The following example uses a single Dockerfile to build an Ubuntu image with cURLinstalled for multiple architectures.

Create a Dockerfile with the following:

Build the Dockerfile with buildx, passing the list of architectures to build for:

Where, username is a valid Docker username.

The image is now available on Docker Hub with the tag username/demo:latest. Youcan use this image to run a container on Intel laptops, Amazon EC2 A1 instances,Raspberry Pis, and on other architectures. Docker pulls the correct image for thecurrent architecture, so Raspberry Pis run the 32-bit Arm version and EC2 A1instances run 64-bit Arm. The SHA tags identify a fully qualified image variant.You can also run images targeted for a different architecture on Docker Desktop.

You can run the images using the SHA tag, and verify the architecture. Forexample, when you run the following on a macOS:

In the above example, uname -m returns aarch64 and armv7l as expected,even when running the commands on a native macOS or Windows developer machine.