Docker Compose is a simple Python program that helps in easy deployments of multiple docker containers on a server.

It uses a simple YAML file for service description.

Instead of the long docker run . . . lines, you can just use docker-compose up -dto deploy multiple services at once.

In this tutorial, I'll show you how to install Docker Compose on CentOS server. I'll also show you a quick example of using Docker Compose for deploying an NGINX server with specific configuration.

You need Docker installed beforehand. Make sure to install Docker on your CentOS system before installing Docker Compose.

There are two ways to install Docker Compose on Linux:

Personally, I prefer using PIP to install Docker Compose. Since Docker Compose is basically a Python application, it makes sense to use PIP for installing it.

Use pip to install docker-compose

pip installs docker-compose in ~/.local/bin directory. You'll have to add it to the PATH environment variable so that you can run it from anywhere:

If you're using zsh, change .bashrc to .zshrc.

Once you're done, either use source commandsource ~/.bashrc or reopen the terminal (log out and log back in if it's a server).

Congratulations! You now have docker-compose installed on your CentOS 8 server.

Want to test it out? Follow this simple tutorial and learn how to use Docker Compose.

Nginx is one of the most popular web servers, it's easily deployable via docker.

Let's compare the compose way, and the non-compose way

You can use run command to easily deploy an nginx server like this:

Here, you've deployed a nginx server, with a container name 'server', using an external network 'net', mounted a volume named 'html', using a custom config file and listening on port 80 on the host, which will automatically restart on failure.

Let's go through the issues here:

You'll have to create the networks and volumes beforehand

Docker won't automatically create the network and volume. You'll have to create them beforehand.

Too many options to write each and every time

There are too many options to write. If it's a more complicated container like a database container or reverse proxy container or a nextcloud container, these options will just grow.

What if you're testing your build and don't want to preserve the volume after stopping the container? You'll have to manually remove the volume and network afterwards.

First, you'll have to create a compose file. 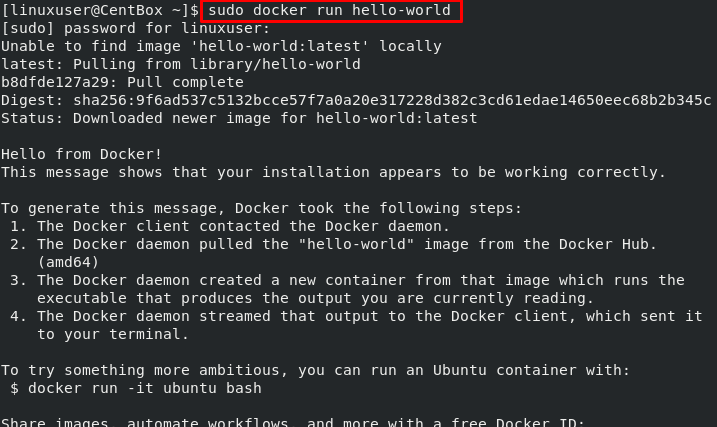 Create a directory named 'nginx-compose' and cd into it:

Create a file named 'docker-compose.yml' and add the following lines

This compose file describes a service named server, that'll deploy a nginx server with exactly the same configurations as we did in the non-compose way. Deploy it using:

docker-compose will look in the current directory for a file named 'docker-compose.yml', parse it, and deploy the services defined in it.

There are many other benefits to using docker-compose over docker run, especially in production, which is out of the scope for today's article.

If you want to see something like that do let me know in the comment section below. Keep an eye out for our docker series for more guides like these.