$ docker image ls REPOSITORY TAG IMAGE ID CREATED SIZE python 3.7-alpine b2c276538711 3 days ago 97.7MB hello-world latest fce289e99eb9 12 months ago 1.84kB There are currently two images: the hello-world image we previously downloaded and one for python we just built. And the official Python Docker images based off of Debian Buster also give you the full range of Python releases. The official Docker Python image in its slim variant—e.g. Python:3.8-slim-buster—is a good base image for most use cases. It’s 60MB when downloaded, 180MB when uncompressed to disk, it gives you the latest Python releases,.

Work through the orientation and setup in Get started Part 1 to understand Docker concepts.

Before we start building images, ensure you have enabled BuildKit on your machine.BuildKit allows you to build Docker images efficiently. For more information,see Building images with BuildKit.

To set the BuildKit environment variable when running the docker build command,run:

To enable docker BuildKit by default, set daemon configuration in /etc/docker/daemon.json feature to true and restart the daemon.If the daemon.json file doesn’t exist, create new file called daemon.json and then add the following to the file.

Now that we have a good overview of containers and the Docker platform, let’s take a look at building our first image. An image includes everything needed to run an application - the code or binary, runtime, dependencies, and any other file system objects required.

To complete this tutorial, you need the following:

Let’s create a simple Python application using the Flask framework that we’ll use as our example. Create a directory in your local machine named python-docker and follow the steps below to create a simple web server.

Now, let’s add some code to handle simple web requests. Open this working directory in your favorite IDE and enter the following code into the app.py file.

Let’s start our application and make sure it’s running properly. Open your terminal and navigate to the working directory you created.

To test that the application is working properly, open a new browser and navigate to http://localhost:5000.

Switch back to the terminal where our server is running and you should see the following requests in the server logs. The data and timestamp will be different on your machine.

Create a Dockerfile for Python

Now that our application is running properly, let’s take a look at creating a Dockerfile.

A Dockerfile is a text document that contains the instructions to assemble aDocker image. When we tell Docker to build our image by executing the docker buildcommand, Docker reads these instructions, executes them, and creates a Dockerimage as a result.

Let’s walk through the process of creating a Dockerfile for our application. Inthe root of your project, create a file named Dockerfile and open this file inyour text editor.

What to name your Dockerfile?

The default filename to use for a Dockerfile is Dockerfile (without a file-extension). Using the default name allows you to run the docker build commandwithout having to specify additional command flags.

We recommend using the default (Dockerfile) for your project’s primaryDockerfile, which is what we’ll use for most examples in this guide.

We recommend using docker/dockerfile:1, which always points to the latest releaseof the version 1 syntax. BuildKit automatically checks for updates of the syntaxbefore building, making sure you are using the most current version.

Next, we need to add a line in our Dockerfile that tells Docker what base imagewe would like to use for our application.

Docker images can be inherited from other images. Therefore, instead of creating our own base image, we’ll use the official Python image that already has all the tools and packages that we need to run a Python application.

To learn more about creating your own base images, see Creating base images.

To make things easier when running the rest of our commands, let’s create a working directory. This instructs Docker to use this path as the default location for all subsequent commands. By doing this, we do not have to type out full file paths but can use relative paths based on the working directory.

Usually, the very first thing you do once you’ve downloaded a project written in Python is to install pip packages. This ensures that your application has all its dependencies installed.

Before we can run pip3 install, we need to get our requirements.txt file into our image. We’ll use the COPY command to do this. The COPY command takes two parameters. The first parameter tells Docker what file(s) you would like to copy into the image. The second parameter tells Docker where you want that file(s) to be copied to. We’ll copy the requirements.txt file into our working directory /app.

Once we have our requirements.txt file inside the image, we can use the RUN command to execute the command pip3 install. This works exactly the same as if we were running pip3 install locally on our machine, but this time the modules are installed into the image.

At this point, we have an image that is based on Python version 3.8 and we have installed our dependencies. The next step is to add our source code into the image. We’ll use the COPY command just like we did with our requirements.txt file above.

This COPY command takes all the files located in the current directory and copies them into the image. Now, all we have to do is to tell Docker what command we want to run when our image is executed inside a container. We do this using the CMD command. Note that we need to make the application externally visible (i.e. from outside the container) by specifying --host=0.0.0.0.

The build command optionally takes a --tag flag. The tag is used to set the name of the image and an optional tag in the format name:tag. We’ll leave off the optional tag for now to help simplify things. If you do not pass a tag, Docker uses “latest” as its default tag.

To see a list of images we have on our local machine, we have two options. One is to use the CLI and the other is to use Docker Desktop. As we are currently working in the terminal let’s take a look at listing images using the CLI.

You should see at least two images listed. One for the base image 3.8-slim-buster and the other for the image we just built python-docker:latest.

As mentioned earlier, an image name is made up of slash-separated name components. Name components may contain lowercase letters, digits and separators. A separator is defined as a period, one or two underscores, or one or more dashes. A name component may not start or end with a separator.

An image is made up of a manifest and a list of layers. Do not worry too much about manifests and layers at this point other than a “tag” points to a combination of these artifacts. You can have multiple tags for an image. Let’s create a second tag for the image we built and take a look at its layers.

To create a new tag for the image we’ve built above, run the following command.

The docker tag command creates a new tag for an image. It does not create a new image. The tag points to the same image and is just another way to reference the image.

Now, run the docker images command to see a list of our local images.

Let’s remove the tag that we just created. To do this, we’ll use the rmi command. The rmi command stands for remove image.

Note that the response from Docker tells us that the image has not been removed but only “untagged”. You can check this by running the docker images command.

Our image that was tagged with :v1.0.0 has been removed, but we still have the python-docker:latest tag available on our machine.

In this module, we took a look at setting up our example Python application that we will use for the rest of the tutorial. We also created a Dockerfile that we used to build our Docker image. Then, we took a look at tagging our images and removing images. In the next module we’ll take a look at how to:

Help us improve this topic by providing your feedback. Let us know what you think by creating an issue in the Docker Docs GitHub repository. Alternatively, create a PR to suggest updates.

This article is written at 2021-03-22 so this conclusion will evolve as time passes.

Some of my articles are checked after 7 years, so be advised this choice will not be valid in a year. Although the reasoning and considerations to take in count will be the same.

I answer to the question: Why Carles, do you suggest to adopt Python 3.8, and not 3.9 or 3.7 for our Internal Automation Tools?. 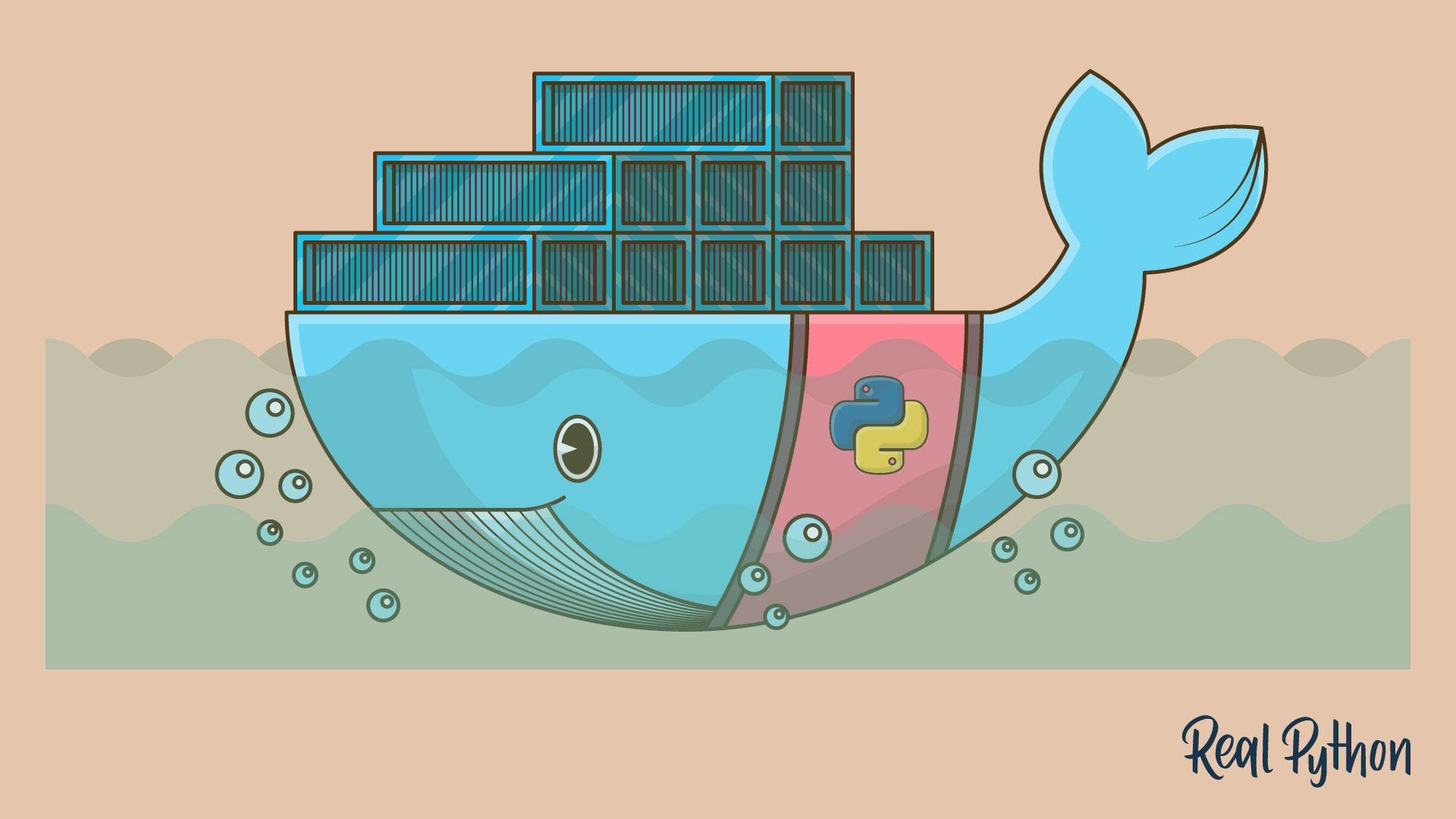 If you look at page https://devguide.python.org/#status-of-python-branches you will see the next table:

So you can see that:

So my recommendation would be, at least for your internal tools, to use containers based in Ubuntu 20.04 LTS with Python 3.8.

We know Docker images will be bigger using Ubuntu 20.04 LTS than using other images, but that disk space is really a small difference, and we get the advantage of being able to install additional packages in the Containers if we need to debug.

This is a small amount of space nowadays. Even if very basic Alpine images can use 25MB only, when you install Python they start to grow close to Ubuntu, to 360MB. The difference is not much, and if you used Alpine and you have suffered from Community packages being updated and becoming incompatible with wheel and you lost hours fixing the dependencies, you’ll really appreciate using my Ubuntu LTS packages approach.